Why using extend and include stereotypes in OOAD projects is wrong? 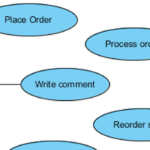 Many ana­lyst and UML prac­ti­tion­er use Use Cases as a “pro­cess mod­el”. It is really bad idea. As we say “we use OOAD meth­ods”, it means we use object paradigm. The fund­at­in of OOAD is her­met­iz­a­tion, but «include» and «extend» depend­encys break this rule.

A lots of time we see dia­grams like this:

Uses Case mod­els with include and extend stereotypes

The Include rela­tion­ship is inten­ded to be used when there are com­mon parts of the beha­vi­or of two or more UseCases. This com­mon part is then extrac­ted to a sep­ar­ate UseCase, to be included by all the base UseCases hav­ing this part in com­mon. As the primary use of the Include rela­tion­ship is for reuse of com­mon parts, what is left in a base UseCase is usu­ally not com­plete in itself but depend­ent on the included parts to be mean­ing­ful. (UML, 18.1.3.3 Includes). 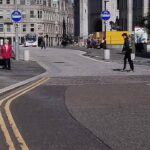 First and short post. After six years vis­it­ing Scot­land to vis­it tour­ist attrac­tions, spend­ing time on folk fest­ivals and tra­di­tion­al music ses­sions in pubs (I play whistle), now it’s time to start liv­ing in Scot­land. It means I have to move and con­tin­ue my busi­ness activ­it­ies here. What is my busi­ness? I’m ana­lyst and sys­tem design­er, provid­ing busi­ness ana­lys­is, busi­ness logic and soft­ware design, sys­tems archi­tec­ture design. Research­er and lec­turer as well.

Wish me luck… try me for free…

This website uses cookies to improve your experience while you navigate through the website. Out of these cookies, the cookies that are categorized as necessary are stored on your browser as they are essential for the working of basic functionalities of the website. We also use third-party cookies that help us analyze and understand how you use this website. These cookies will be stored in your browser only with your consent. You also have the option to opt-out of these cookies. But opting out of some of these cookies may have an effect on your browsing experience.
Necessary Always Enabled
Necessary cookies are absolutely essential for the website to function properly. This category only includes cookies that ensures basic functionalities and security features of the website. These cookies do not store any personal information.
Non-necessary
Any cookies that may not be particularly necessary for the website to function and is used specifically to collect user personal data via analytics, ads, other embedded contents are termed as non-necessary cookies. It is mandatory to procure user consent prior to running these cookies on your website.
SAVE & ACCEPT